Having spent their entire lives kept in small cages, bears Anya and Frankie are now adjusting to very different lives. We rescued the two brown bears and moved them to BEAR SANCTUARY Domazhyr, Ukraine early this month.

It is likely both bears have never known an existence outside of a cage. Both have been moved around various facilities during their short lives. For bear, Anya, her live started when she was privately kept before being moved to rundown Pokrovsk Zoo near the town of Donetsk. For bear, Frankie, he had a similarly tough start to life, born in a Ukrainian zoo he most likely faced a life of daily performances. After this he was moved to Pokrovsk Zoo where he met Anya.

The conditions at Pokrovsk Zoo were so bad that both bears were confiscated by authorities and were transferred to a temporary shelter early last year. Since then they have waited before our team was able to rescue them. The two bears, ages 5 and 6, then began their 1,200 km journey to their new lives at BEAR SANCTUARY Domazhyr.

The beginning of a new life

When they arrived at the sanctuary, the had to spend 48 hours in the bear house before being released into their outdoor enclosure. As expected, the bears were rather cautious to step outside into the enclosure. This was a totally new experience for them! However, it was not so long before they discovered their pool, both of them spent over an hour enjoying their new found freedom! The specialised animal keepers have not seen any stereotypical behaviour in the bears as of yet, which is surprising after their years of suffering and lack of stimulation. Eventually, next spring the bears will move to a large forest enclosure.

Both the bears love to eat everything that is being given to them, as time goes on, it's expected that the bears will show more preference in their meals and develop favourite foods! Please help us to support their new beginnings. 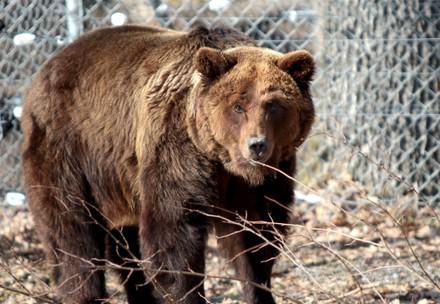 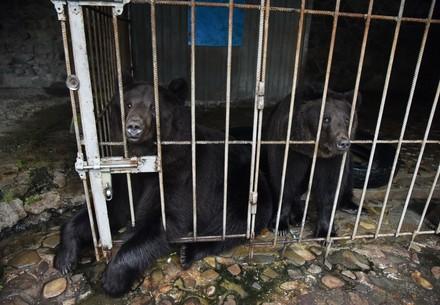 Born for entertainment, these two restaurant bears knew no different – now they begin a new life! 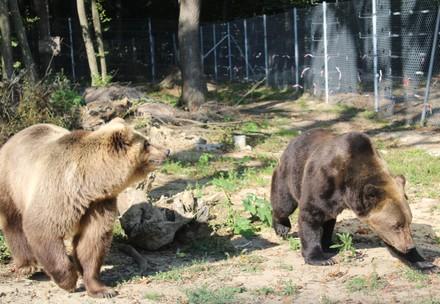